The Cassandra Problem: why community management is marginal work.

As a business discipline, community management is less than a decade old; as a result, it still hasn’t been effectively integrated into the organization like Marketing, Business Development, Product or Engineering functions. When I managed content and community for Tribe.net in 2003 – 2004, I reported to the following managers:

The nature of my work never changed; I was always a conduit between the company and the members who used our social network. I announced product releases, described bug fixes, solicited feedback on new features, held focus groups in coffeeshops and conference rooms, wrote FAQs for questions that hadn’t yet been asked, enforced our Terms of Use, etc. I became adept at predicting how members (not “users,” I kept telling my colleagues) would interact with our product, and I also learned a little about how to convince large groups of people to do familiar things, but in new ways. 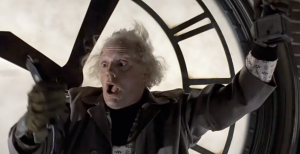 Community managers are the key link between customers and the organization.

It was an incredible opportunity; I worked with brilliant people with high integrity, and because they viewed me as a reliable proxy for our end-users, I was asked to observe or participate in engineering meetings, product development discussions and QA testing. We grew from zero to hundreds of thousands of members quickly; not because I was whispering sweet nothings into the ears of our Product Managers, but because we baked community management into Tribe.net’s recipe.

Back then, I was extremely hopeful about the future of community management as an area of business expertise; once everyone understood the inherent value of having someone in the room who could channel the customer, this insight would be embraced and promoted in startup culture. Eventually, I believed community management would even make the leap to transforming traditional, hidebound corporate structures into something more human.

I was overly optimistic. Even though many companies have Community Managers on their org charts, they’re layers removed from any decision-making capability. CM isn’t part of the product development process — our roles and responsibilities are still associated with reactive, “how can I help you?” customer service/support models that haven’t evolved in years. Even the best Customer Service is like spraying Febreze in an old camper van —  Meadows & Rain® scent is nice, but you still need to find the dead mouse.

"You've reached the customer service department. How can I help you today?"

As a result, customers are discouraged from even asking for help, and organizations are deprived of opportunities to appear responsive. GetSatisfaction and ZenDesk are great tools, and it’s a good practice to hire paid professionals to maintain your social media presence. But that’s not the same thing as having some skin in the game.

Until community management becomes a part of the decision chain, the way it is is the way it MUST be. Reasonable people accept that airlines will always lose or damage a percentage of checked baggage. But when a YouTube video called United Breaks Guitars surpasses 11 million views — this exposes the tremendous disconnect between the value passengers place on this problem and how seriously the airline takes it.

Retailers lose billions each year to shoplifters, but does anyone at Best Buy actually know the ROI on their compulsory receipt-check policy when leaving their stores? If CM data revealed that the policy made some customers less likely to make in-store purchases, would it be revisited or scrapped? We’ll probably never know.

Until CM is part of developing growth strategies, even red-hot, can’t-lose companies like Netflix must alienate long-term customers by rolling out policy changes in an extremely ham-handed fashion.

How are your customers’ needs (including their emotional ones) considered in the product development process? Outside of your engineering team, who sees the final product before it’s released? Do your customers know what level of service they can expect, or do they only find out the first time they contact your company with a problem?

Community management is poorly integrated and understood because it disrupts traditional ways of doing business. If you permit CM to inform the Sales process, there are some advertisers you won’t work with because you’ll know your community’s not open to hearing from them. Allow CM to influence your Business Development operations, and you may have to hold partners more accountable than before. Sprinkle a little CM seasoning in your product development process, and your product/engineering may feel threatened or undercut. It’s much easier to hire community managers, show them off, and marginalize them completely.

I call this the Cassandra Problem; a beautiful woman spent a night in one of Apollo’s temples; as she slept, the temple’s snakes licked her ears clean. When she awoke, she had the ability to hear the future, but when she rejected Apollo’s love, he cursed her; she’d keep the gift of prophecy, but no one would ever believe her predictions.

I wasn’t there, but I’m sure someone at Facebook suggested that Beacon — the feature that tracked and reported user behavior completely unrelated to Facebook — would be perceived as a privacy violation. After a lot of bad press, lawsuits and a multimillion dollar settlement, Facebook killed Beacon, but the idea that they Hoover up user data about members’ online purchases and Internet habits is out there.

Similarly, imagine your annoyance if you’d tried to convince people that a giant wooden horse offered as a gift was actually brimming with feisty Greek soldiers.

You can’t eliminate risk, but it can be reduced if you’re willing to pay attention.

Next time: how can we integrate community management into the organization?

3 responses to “The Cassandra Problem: why community management is marginal work.”