And now, we bring news of a brand-new 500,000-gallon storage tank which now feeds the city’s century-old backup water system.

After over a century, the AWSS is badly in need of repair; as part of that work, the Ashbury Street tank, a 500,000-gallon reservoir, has been completely rebuilt.

Below is a photo of the Ashbury tank pumphouse taken sometime prior to 1915. You can see that it looks much like the building does 100 years later (above), still sitting pretty at Clayton & 17th Street. 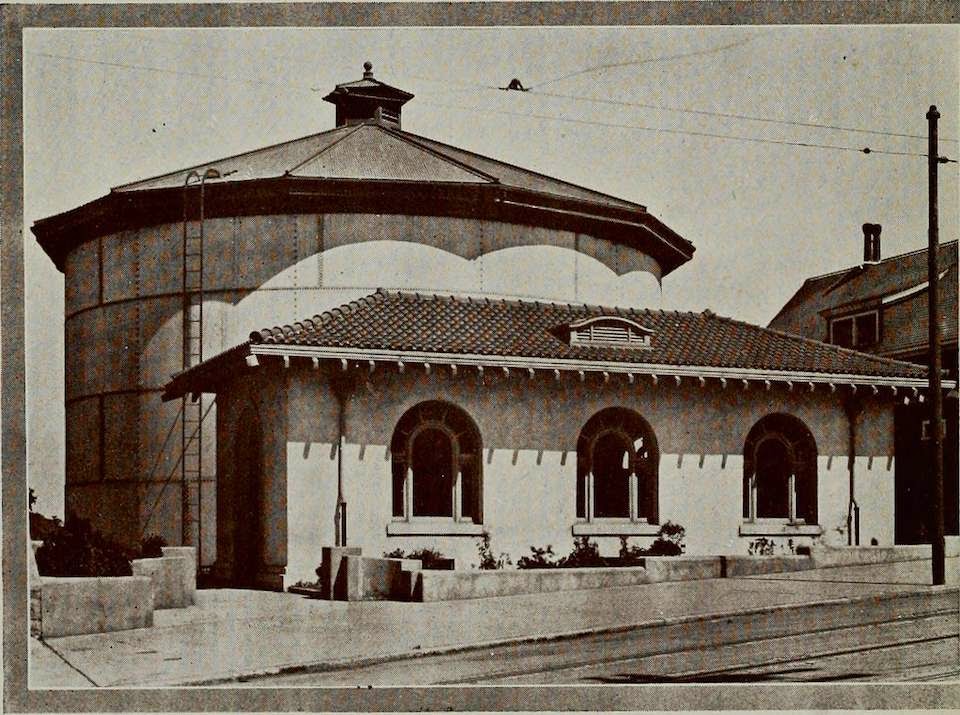 Even in 2015, the AWSS is the only system of its kind in the United States. Three reservoirs located on Nob Hill, Twin Peaks and Ashbury Heights are linked to 135 miles of pipeline capable of carrying fresh water, as well as seawater from the Bay. As a backup, 172 cisterns with a combined storage capacity of 11 million gallons are located throughout the city.

The storage tanks used by the AWSS are maintained at specific levels and are situated at higher elevations to maximize water pressure. At 491 feet above sea level, the Ashbury Tank is capable of producing pressures up to 241 pounds per square inch, compared to the 50 PSI output of regular hydrants. High-pressure hydrants are thicker and larger than typical hydrants. 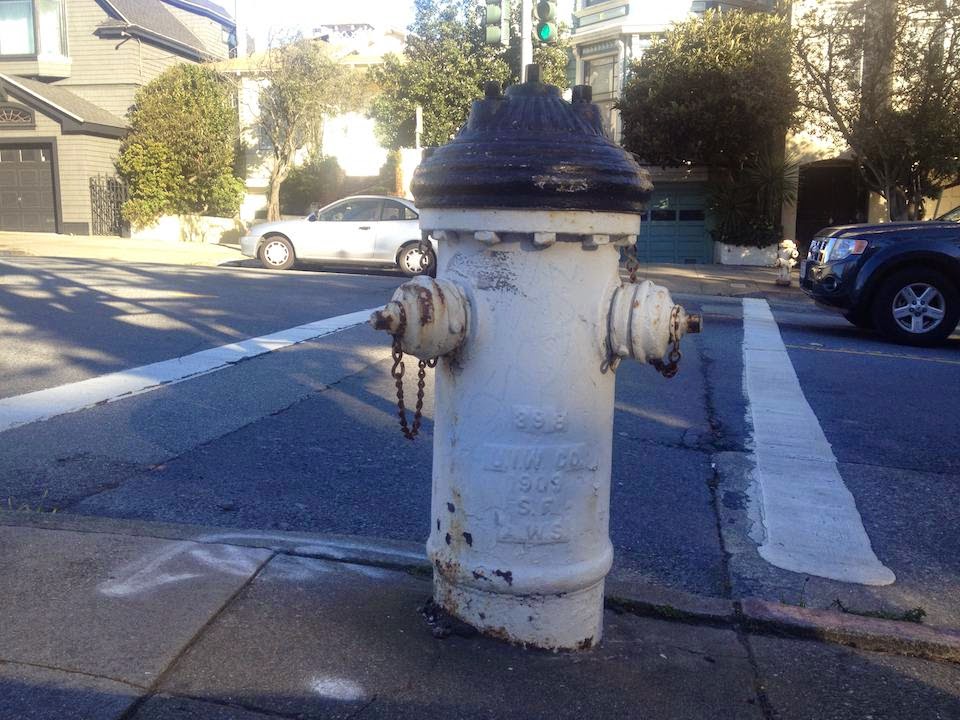 Upgrades to the system are funded by a series of Earthquake Safety and Emergency Response bond measures that passed in 2010 and 2014. These measures also cover the cost of a new Public Safety building, upgrades to firehouses and other repairs and improvements that impact first responders. Replacing the Ashbury Heights tank cost approximately $3 million and came out of the ESER 2010 core facilities budget.

The ESER bond measures will fund the construction of approximately 30 new cisterns, largely in western neighborhoods. Rarely used, these auxiliary tanks are located beneath intersections and are marked by a ring of bricks.

You may have noticed the stones around the city, but probably didn’t realize exactly what they meant. This underground cistern, located at Shrader & Frederick, was built in 1908 and originally had a 75,000-gallon capacity: 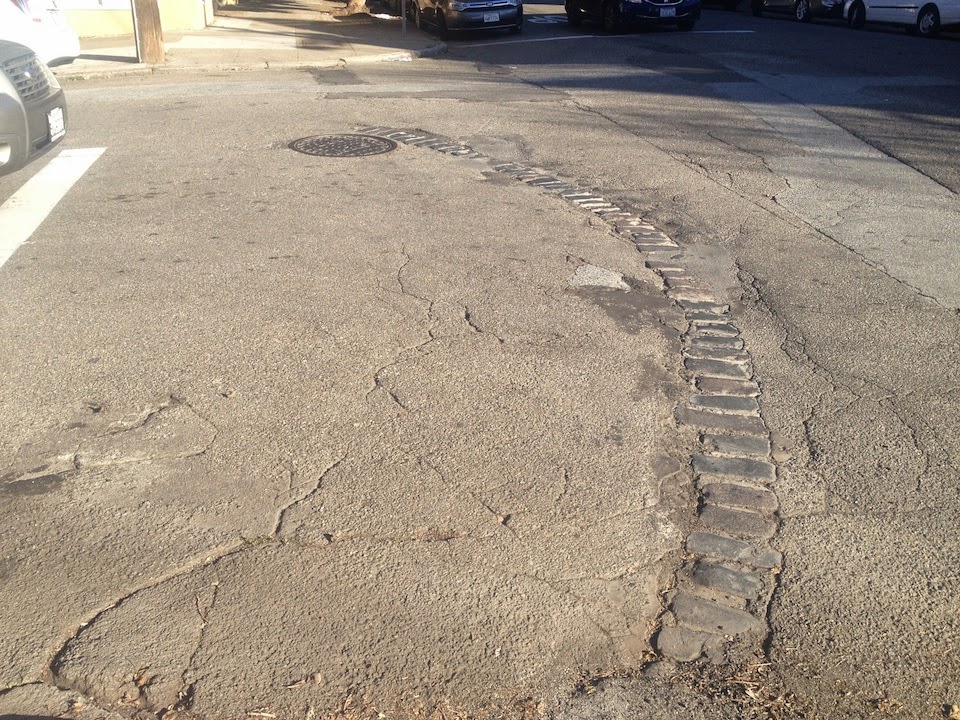 While photographing the cistern at Shrader & Frederick, a passer-by walking a dog asked what we were shooting. After receiving an explanation, she expressed surprise. “We keep that much water under the street? I had no idea!”

And there you have it: a quick history lesson on where your water comes from, plus good news about infrastructure repairs that should keep the city hydrated for years to come.