Circus Center: An Historic School For Clowns, Jugglers And Acrobats

In years past, running away to join the circus was a childhood fantasy. Today, at the Inner Sunset’s Circus Center, responsible adults attend evening and weekend classes with names like “Flying Trapeze” and “Intro to Parkour.”

To learn more about what Wikipedia describes as “one of the foremost circus schools in the western United States,” Hoodline spoke to Barry Kendall, the organization’s Executive Director. 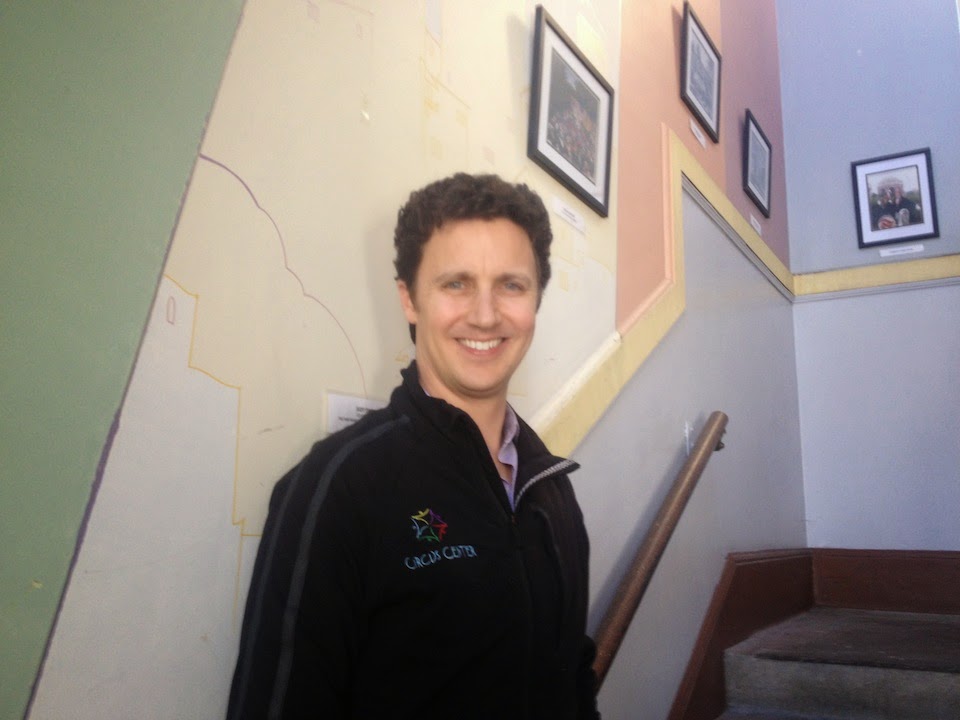 “If you can master the knee hang, you can try a catch in your very first class,” Kendall told us. “Which is great for one-shot people who want instant gratification. We get a lot of people who just want to try something new, like tight wire walking or juggling.”

Kendall said many new students attend so they can cross an item off their bucket list, but returning students are more motivated by personal fitness goals: “We like to say there’s ‘fit,’ and then there’s ‘circus fit.’”

“What we teach is definitely functional movement, but a lot of people also like it for the artistic element. There’s overlap with dance and gymnastics,” he added. “We do have students here who came in with an aspiration to become professionals” – by way of explanation, he pointed to a man swinging from his knees about 25 feet over our heads. “He’s now auditioning for major circus schools around the world, and he’s going to make a career of this.”

Many students seek a career in a traditional circus environment or in an ensemble company like Cirque de Soleil, he added. Others are acquiring skills they can use to entertain at children’s parties or corporate events. “Producers very often don’t just hire you, they’re hiring your act. Hopefully, you get an agent to hire you, and you’re off and running,” he said. 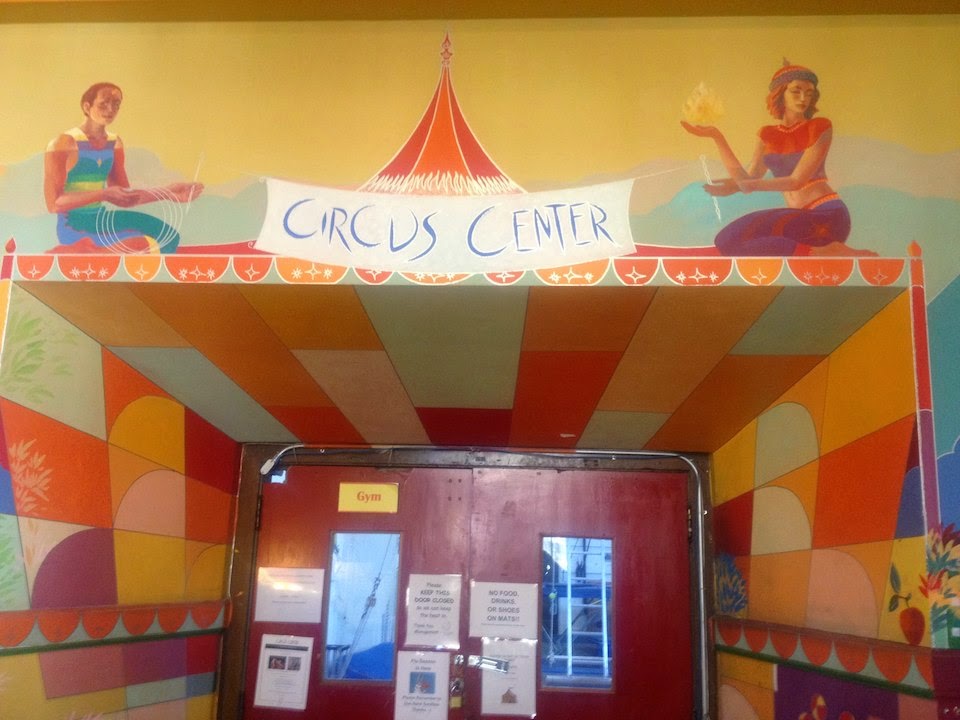 Circus Center’s offices and performance spaces are located in the former gymnasium of Polytechnic High School, which Hoodline recently looked at here. After the school was demolished, its gym and auditorium were left standing so that the city could turn them into community centers, “but the city didn’t have the money for that” as Kendall put it. Circus Center, which bills itself as “the Bay Area’s oldest 501(c)(3) non-profit circus performing arts facility,” doesn’t have a lease, but he said the school will be able to use the space indefinitely. After years of ongoing renovations, the school has about 40,000 square feet.

Circus Center instructs students in the finer points of pulse-pounding specialties like acrobatics, flying trapeze, parkour and Chinese pole, but Kendall emphasized that safety is their first priority. 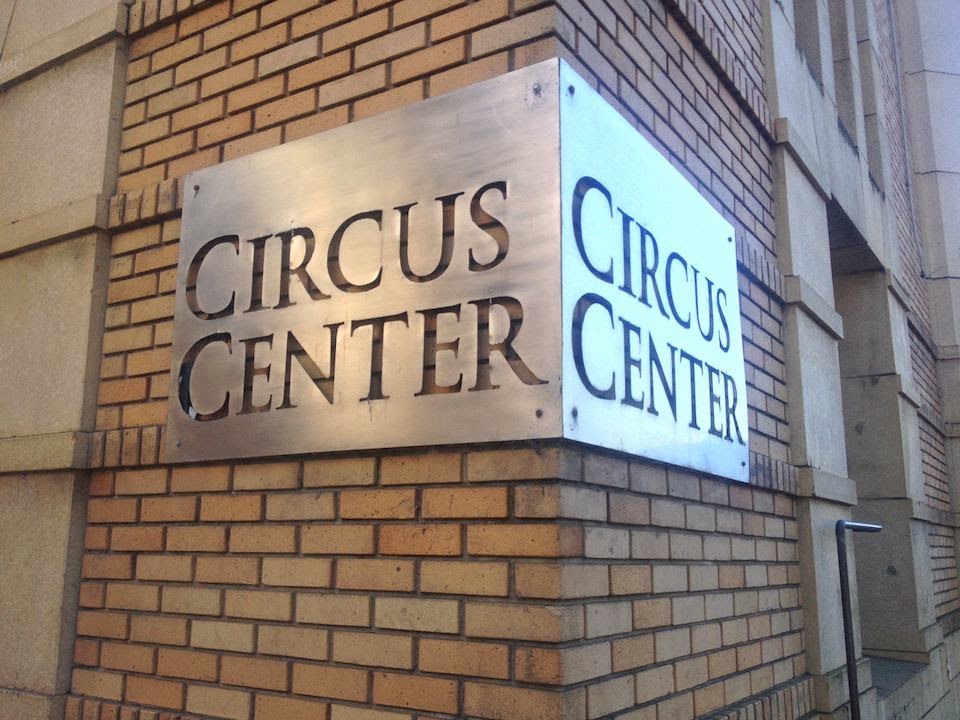 “We have a professional rigger who’s been doing stagehand and rigging work for many, many years,” Kendall assured us. “We have a very clear and well-documented system for how we maintain and rotate out all of our equipment.” New students receive safety training and start off wearing harnesses attached to safety lines managed by someone firmly rooted on the ground.

“You’re still going to have overcome some fear just to climb 25 feet into the air, however,” he said.

Circus Center’s youth circus will perform during the first two weekends in May in a show called “Circtopia.” The school’s spring session begins on March 30 and runs through June 7. For more details, be sure to explore the many options available on their site.