Blood-orange Melomel: serendipity in a glass

After I prepped my 6-gallon batch of metheglin last month, there was still plenty of honey stuck to the inside of the shipping container, a 1-gallon milk bottle. I inverted the bottle over a bowl and collected an additional 360 grams of honey. Good organic honey is at least $10/pound. Waste not, want not, nahmsaying.

I decided to brew a one-off. I filled a large stockpot halfway with water and brought it to a boil before adding:

I let it simmer for 15 minutes, then skimmed off the foam and let it cool before straining and pouring it into a sterilized 1/2 gallon bottle. (I set aside the vanilla bean, too.)

When the must was about body temp, I added:

Eighteen days later, I used a hydrometer to measure the alcohol content: 9.4% ABV. To my palate, mead tastes best at 9-11%, so I racked the metheglin to remove the lees at the bottom and put the bottle in the fridge. (“They” say your houseplants love wine lees, but I already have a fruit-fly infestation from the ethanol fumes in my kitchen) 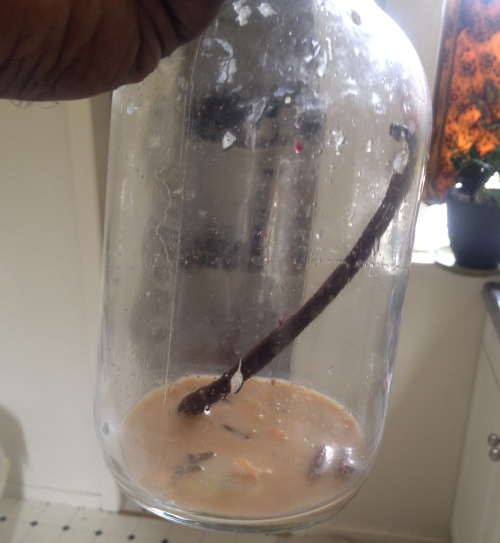 Lees left over after the metheglin’s first racking. I saved the vanilla bean.

My local natural foods store showcases the best produce by the front door, and when I walked in that morning to buy coffee, a gorgeous basket of blood oranges stopped me in my tracks. Back at home, I juiced three ripe ones and added: 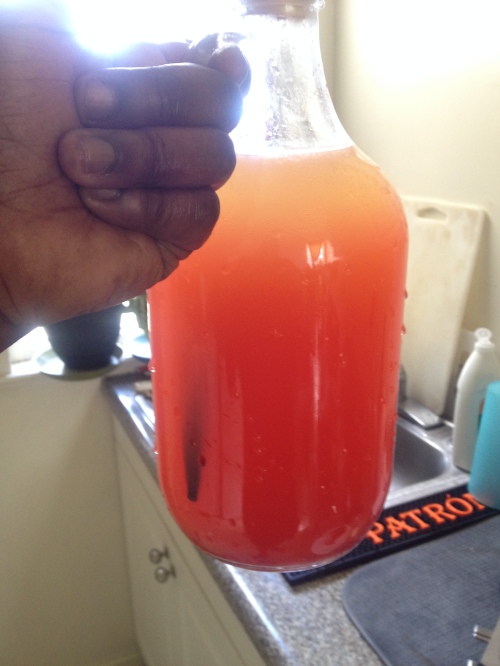 I let it sit for another day before removing the vanilla bean and racking again to remove sediment and fruit pulp.

First of all, the color’s beautiful, reminiscent of Ruby Red grapefruit. Thanks to the pectic enzyme, it’s relatively clear; in the bottle, it looks sort of like a rosé. I want to share this with friends, so I’m exercising great self-control. So far, I’ve only sipped two small glasses on its own; well-chilled, I get notes of honey, citrus, vanilla, and orange blossom with a little bit of anise and cinnamon on the finish. 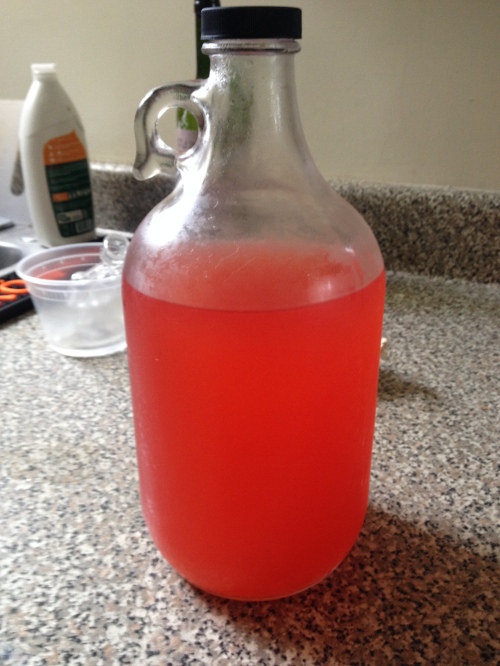 Blood-orange melomel; adding this specific juice was a flight of fancy that worked out extremely well. 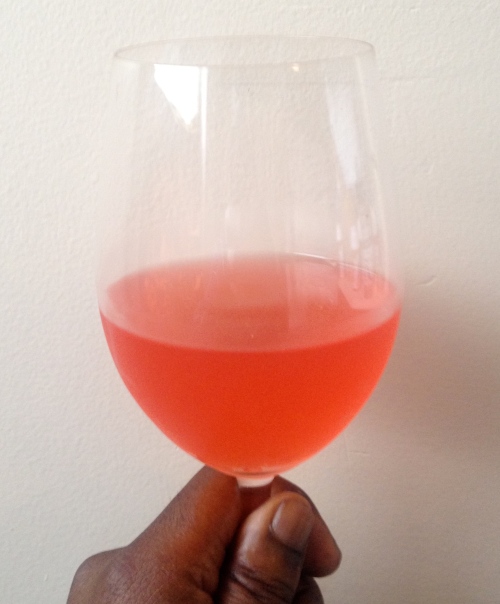 Notes: honey, citrus, vanilla, apricot. I get a little bit of anise and cinnamon on the finish.

The revelation: I put 4 0z of melomel in a Stella Artois glass and topped it off with Session lager, creating the most flavorful shandy I’ve ever tasted. The crispness of the beer and the softness of the honey-botanical flavors are a sublime combination. 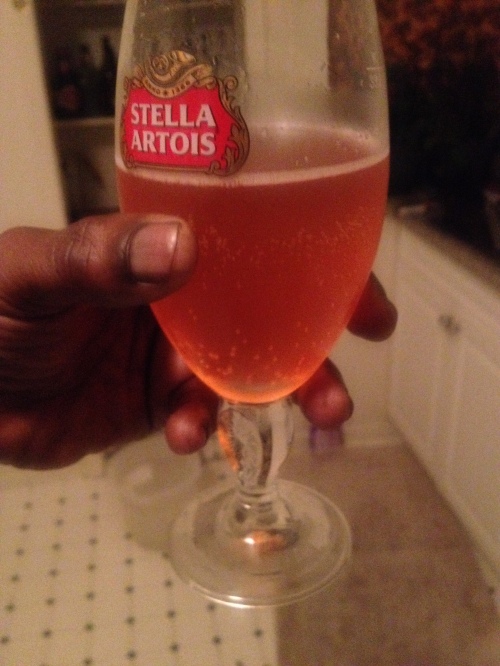 Melomel and lager combine to create a shandy with honey and citrus notes.

Serendipity occurs when you find something you weren’t looking for; it’s one of my favorite words.